Welcome Students, Parents, Colleagues, and Visitors!
Mr. Caramanno has been an educator since 2009 in K-8 and high school settings, both public and private. Mr. Caramanno attended St. Joseph by the Sea High School. He went on to the College of Staten Island, earning a B.S. in Communications. After exploring many other career paths, he discovered a passion for classroom instruction and enrolled in a graduate school program at Wagner College. Upon his graduation from Wagner College, Mr. Caramanno received an M.S.Ed. in Adolescent Education with a concentration in Social Studies.
Outside the classroom, Mr. Caramanno can also be found working on stage and sets throughout New York and New Jersey as an actor/singer on various television, film, and theatrical productions. He appreciates spare time to spend reading about current events, biographies, history, and pop culture. He enjoys movies, theatre, loud music, going to museums, running, traveling, and a good conversation.

Listening to some Nat King Cole on this Thanksgiving Day (not the Christmas album) and thinking about what this holiday has been, what it will be, and what it is. There are a lot of emotions, feelings, anxiety, and excitement. Life is short. Whether 2 years or 102 years, it's too short. Today, we must believe, inspire, imagine, and laugh.
Do it.
Do it because that idea in which you BELIEVE can easily become reality. Do it because you can INSPIRE a friend who lives in fear to turn toward hope.
Do it because IMAGINE is the tool of creation and creation is our soul's greatest desire.
Do it because when all else fails to LAUGH is a natural way to self-medicate the body, mind, and soul.
I am thankful on this Thanksgiving Day to have an opportunity to believe, to inspire, to imagine, and to laugh. Happy Thanksgiving!

"The sun shone, the sky was cloudless; bands played, cannons echoed up and down the harbor, flags waved, and thousands of motorists yesterday became part of the first--and perhaps only-- blissful traffic jam on the Verrazano-Narrows Bridge.

The bridge, which took more than five years to build and which reaches like a rainbow over the Narrows between Brooklyn and Staten Island, was officially opened to traffic at 3 P.M."

"The Italian Historical Society of America yesterday vigorously countered a protest against giving the name Verrazano to the bridge to be built across The Narrows.
The Staten Island Chamber of Commerce, in a letter to Governor Rockefeller, has urged that the span be simply called the Staten Island Bridge.
In its protest, the chamber said it was time to let Staten Island get into the limelight for a change.'"
“Verrazano Backers Protest a Protest.” New York Times. August 4, 1959.

In the latest episode of the Op-Docs series “Electoral Dysfunction,” the political humorist Mo Rocca consults a third-grade class on the fairness of the Electoral College. 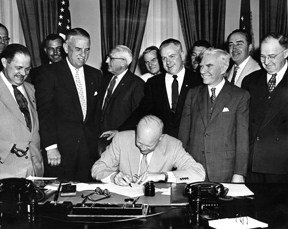 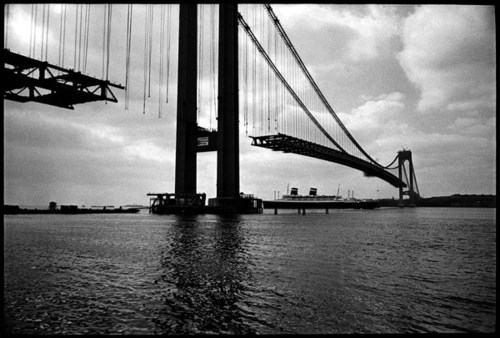 Sections of the Verrazano’s roadway were lifted into place from barges. 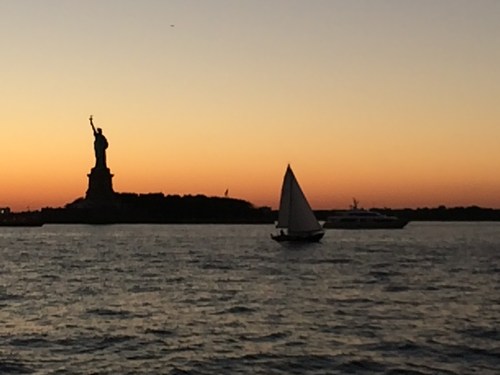 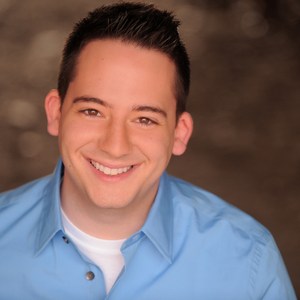